Ken Nedimyer became inspired to help restore coral reefs when staghorn coral recruits began to settle and grow on his live rock nursery in the Upper Florida Keys. Ken went on to found the Coral Restoration Foundation, Inc. and pioneer nursery and restoration techniques beginning with staghorn and elkhorn corals. Mike Echevarria met Ken in the early CRF days and joined the CRF Board of Directors and served as the Chair for four years. In that time Ken and Mike helped grow CRF into a leading force for coral restoration. Subsequently, Ken left CRF to form Nedimyer Consulting Services, L.L.C. and Reef Renewal Foundation International, Inc. and continue his passion for creating innovative solutions to restore coral reefs worldwide with special focus on the Florida Keys.

In 2019, Mike founded Reef Renewal USA, Inc., (RRUSA). Mike has engaged Ken to be RRUSA’s Technical Director leading the science and permitting of all coral nursery and outplanting activities. 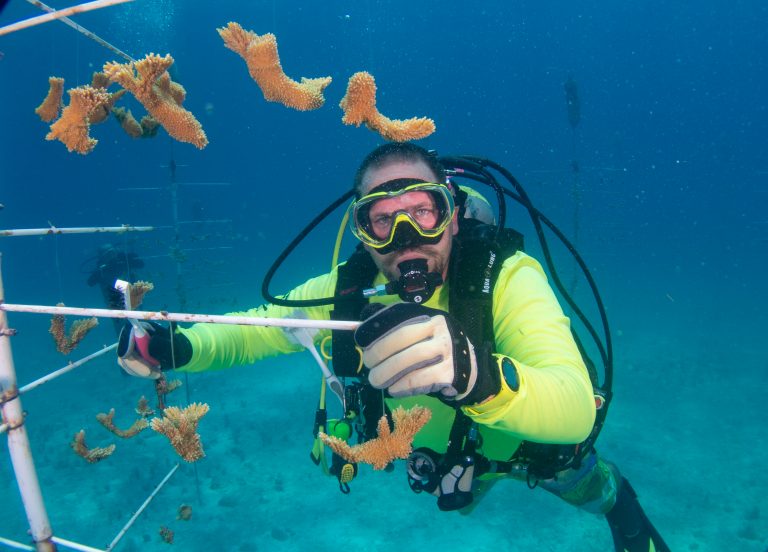 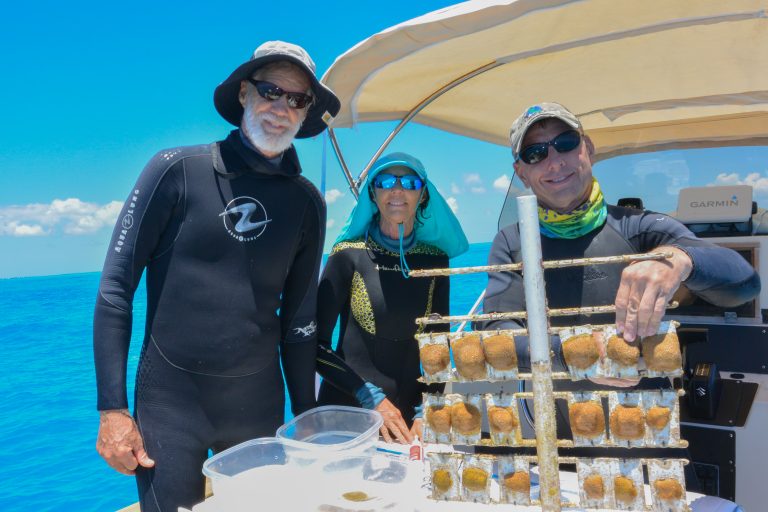 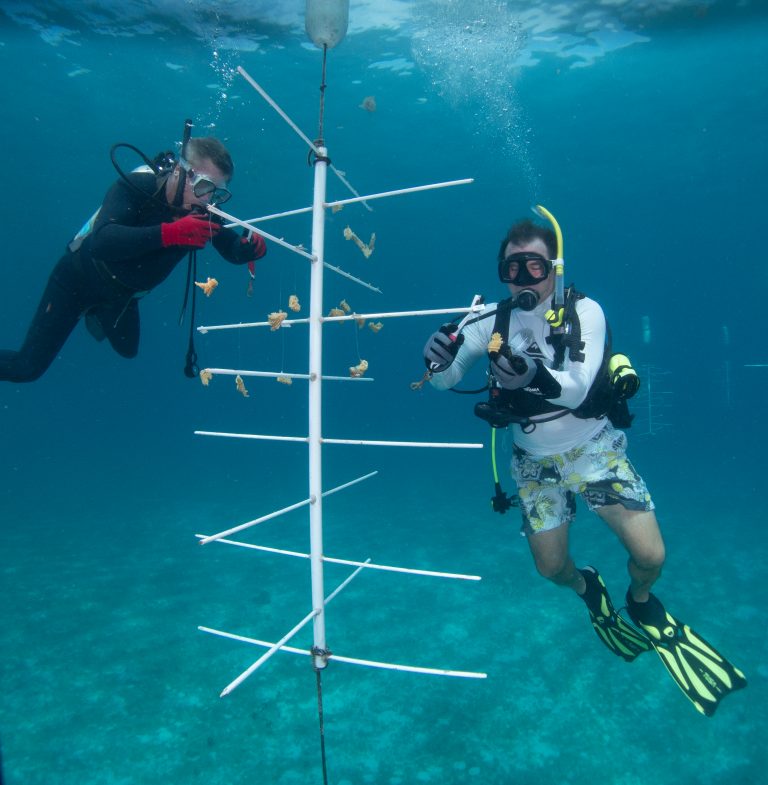 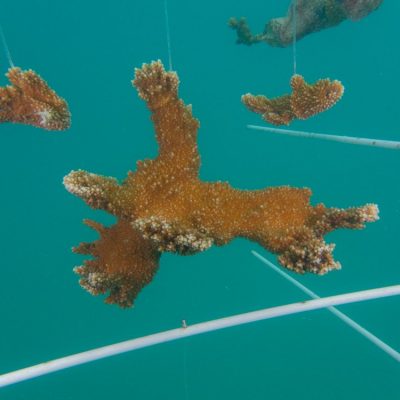 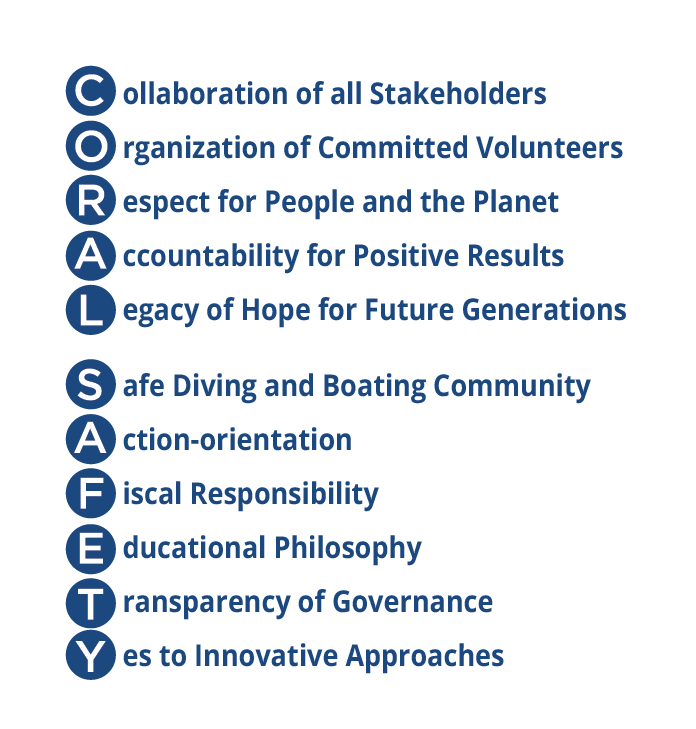 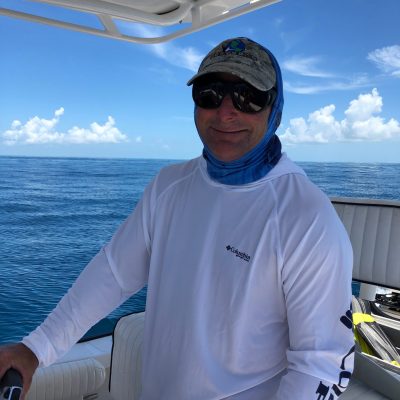 Mike graduated from Florida State University in 1979 with a B.S. in Biology and a minor in Chemistry. He then attended and graduated from South Texas College of Law in 1983. After running his own law firm and practicing law for 28 years, he left to focus on nonprofit and charitable causes.

Mike served on the Board of Directors for the Florida Aquarium, Inc. (FLAQ) in Tampa Florida for 10 (ten) years and was the Board Chair for (3) three years. During that time, he was also a volunteer diver and was trained to serve as a Scientific Diver. He served on the FLAQ rebreather team and completed three deep dive cruises to Pulley Ridge on project entitled “Understanding Coral Ecosystem Connectivity in the Gulf of Mexico from Pulley Ridge to the Florida Keys”.

He also participated as a diver in some of the very early coral spawning efforts.

Mike also served on the Board of Director’s for the Coral Restoration Foundation, Inc (CRF) for 6 (six) years and was its Chair for 4 (four) years. CRF grew dramatically during that time. Mike also served CRF as a dive volunteer.

Bob Whitmore hails from California, but has been a Florida resident for most of his life, calling South Florida home. He is a graduate of Florida State University and has spent the majority of his career working as a sports marketing professional in college sports.

Bob is an avid outdoorsman and loves fishing, diving, biking, competing in triathlons and enjoying all of the things Florida’s great climate offers. His passion for the sea is unmatched and he has a deep concern for the environment. Bob gives his all to initiatives that he believes and in, and the mission of Reef Renewal USA is close to his heart. 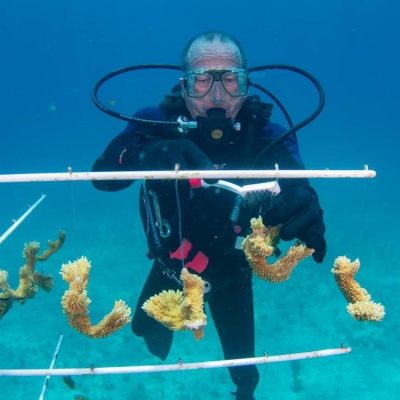 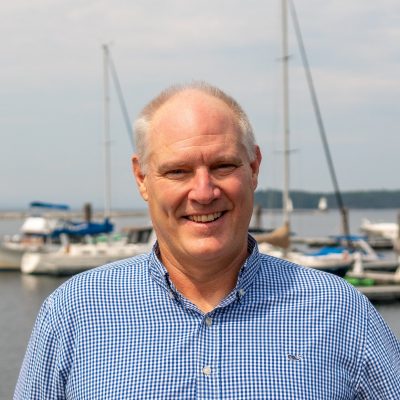 Tom serves as a founding board member of Reef Renewal, USA and the Sudanese Foundation of Vermont (providing mentoring and scholarships). He lives in Jericho, VT with his wife, Julie, and they have two sons: Will (24) who just returned from an overseas deployment with the U.S. Army, and Charlie (21), currently a junior at Furman University.

Ken Nedimyer, founder of Reef Renewal International, and founder and past president of the Coral Restoration Foundation, is a 42-year full time resident of the Florida Keys. He grew up along the east coast of Florida, and spent most of his life in and around the ocean. His passion for ocean life became more focused on coral reefs when, as a young boy, he set up his first salt water aquarium and stocked it with fish he caught while snorkelling along the shore in the Florida Keys. That snorkelling experience led to a dive certification in 1970, a bedroom full of salt water aquariums, and lifetime spent underwater. Ken attended Florida Atlantic University in Boca Raton and completed a bachelor’s degree in biology in 1978. During the summers between school years, and immediately after college, Ken worked at Seacamp on Big Pine Key teaching marine science classes. Following the summer of 1978, Ken moved on to work in mariculture for two years, followed by a 28-year career as a marine life fisherman/wholesaler/retailer. During his time as a marine life fisherman, Ken got involved in fisheries management at the state and federal levels, and eventually got involved in coral reef research and restoration.

Ken experienced first-hand the dramatic changes that have taken place on the reefs of the Florida Keys, and that first-hand experience led him to start looking for ways to try to restore the reefs that were dying around him. His early restoration work was with long spined sea urchins (Diadema antellarum), but it quickly moved into working with corals.
In 2002 Ken and his family started the first underwater coral nursery in the U.S. and by 2007 that coral nursery had outgrown their ability to manage and pay for it, so in the fall of 2007 Ken started a small non-profit called the Coral Restoration Foundation (CRF). The business grew slowly at first, but the corals continued to grow exponentially, attracting a lot of attention and eventually sufficient funding to allow Ken to leave his marine life profession and work full time in the field of coral reef restoration.

After helping build the Coral Restoration Foundation into the largest reef restoration business in the world, Ken retired from the company on late 2017 to develop an international business called Reef Renewal Foundation International, which is focused on developing volunteer based offshore coral nursery and coral replanting programs in the Florida Keys and the Caribbean. Ken has set up coral nursery and reef restoration programs in 15 countries around the world, and is actively working on developing new techniques for growing, propagating, and replanting corals throughout the Caribbean.
Ken serves as Technical Director for Reef Renewal, USA, and works closely with the board of RRUSA to develop new and innovative ways to grow and outplant corals, as well as ways to train and engage volunteers.

Ken has been honored with numerous national and international awards, including a 2012 CNN Hero award, a 2014 Disney Conservation Hero award, Scuba Diving Magazine’s “Sea Hero of the Year” in 2014, and a 2013 Wyland Icon Award for his pioneering work in coral reef restoration. 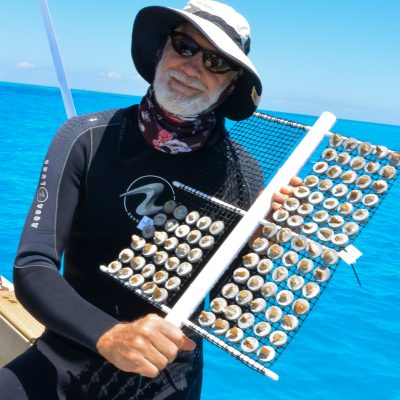 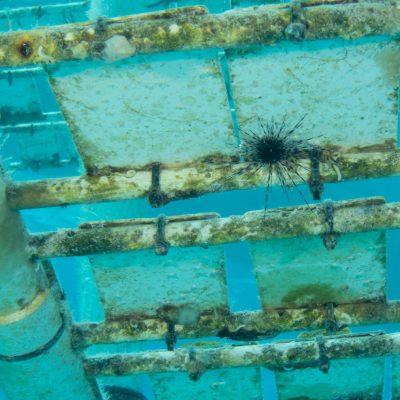